I agree
Back to Success Stories

“[What] I like is the automatic calculation and generation of your intake and outtake of calories throughout the day based on what you eat and drink.”

The Nutrition and Water-Balance Eye-Opener
Gerald B. doesn’t sit still. An American born in France, he recently left his home in California for Moscow to study Russian history and culture. He plans to teach when he’s back in the US in a few years, a vocation he’s passionate about.
Traveling and self-development are important to him, and he loves walking, hiking, and running. “I go to the gym two or three times a week as well,” Gerald adds. Nutrition and water balance totally make sense to him, especially when it comes to building the muscle mass he is consistently working on no matter where life brings him. A quick glance at his body shape is enough to see his enthusiasm about working out and a healthy lifestyle. 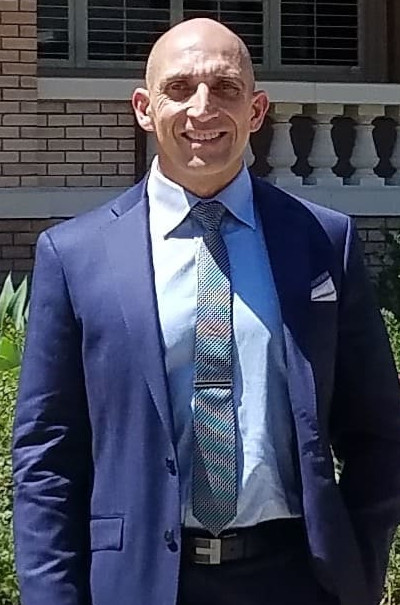 Actual dehydration-based water-intake reminders
The level of activity Gerald has maintained throughout his life cannot help but affect his body hydration. It was topic number one for him when he came across the HEALBE GoBe smart band.
“I always wanted something that was fully comprehensive,” Gerald says, “including water monitoring, because I know exactly how to hydrate myself, but I don’t know exactly how I feel on the way to [getting] dehydrated.”
With the GoBe smart band, he realized that he quite often stayed under his required hydration level, which he had never known before.

Surprised with the personal hydration charts he could see in the mobile HEALBE app in real time—even frustrated at first by the smart band’s reminders to drink more water—Gerald soon benefited from his GoBe.

“I was able to control how much and how often I . . . drank water,” he says, “by getting the reminders when to drink as I was actually getting thirsty,” referring to the GoBe’s unique “Drink” alert flashing on the display of the smart band for a few seconds, along with a distinct vibration, when his hydration level dropped. 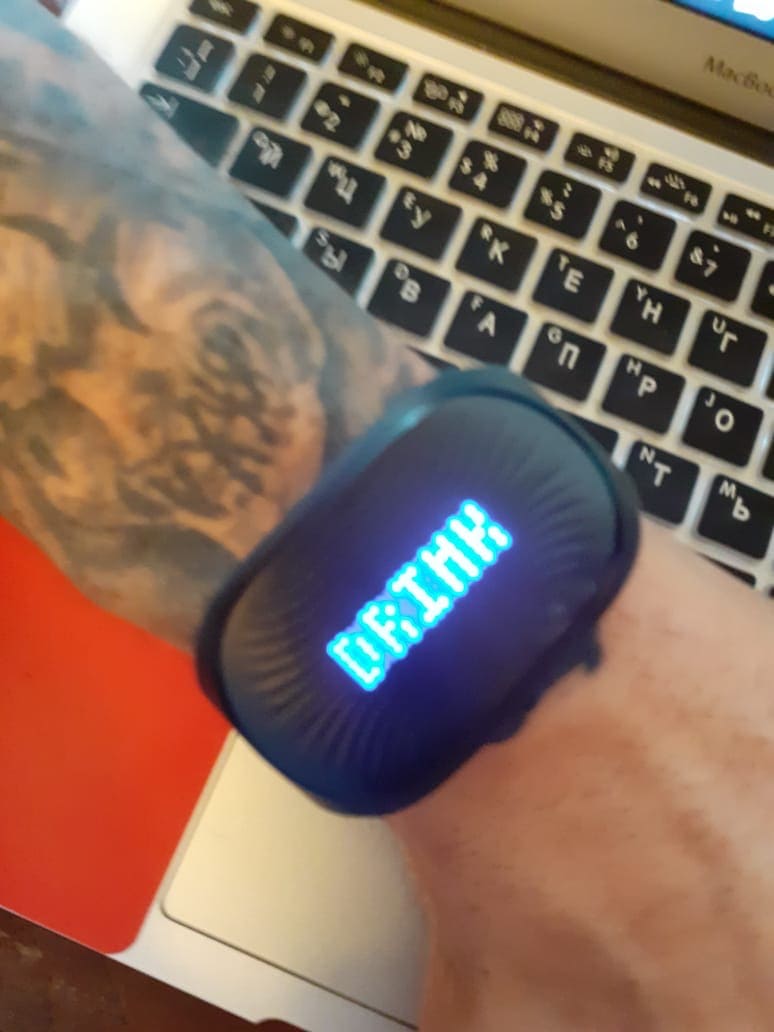 Gerald was also pleasantly surprised by the GoBe’s measurement accuracy. “HEALBE GoBe is a fantastic and reliable tool,” he says. “It’s accurate based on the data that I read,” referring to the dehydration and rehydration graphs he sees with activity and water intake, respectively. “My friends were also curious about it and wondered how it [could] be so accurate. The technology is well-advanced,” he comments.
Painless calorie-intake tracking with no food diaries
Real-time hydration level tracking was not the only GoBe feature that amazed Gerald with its accuracy and algorithms.

Well-aware of nutrition management and calorie data, he started enthusiastically tracking his energy balance with the GoBe on his wrist.

“And [what] I like,” he says, “is the automatic calculation and generation of your plus and minus—your intake and outtake of calories—throughout the day based on what you eat and what you drink.”
These automatic energy balance measurements and calculations, which required no additional actions from Gerald, have made the HEALBE GoBe smart band stand out from the crowd of fitness trackers and smart watches for him.
“The calorie management is so great without having to log anything,” he says, “like in those apps where you have to constantly mark down how many portions of this or that type of food you’ve taken on [an] everyday basis. And this is so time-consuming that people, after a while, will just give up. I know—I’ve given up when I had different devices [fitness trackers]. None of them are as precise as the HEALBE GoBe.”
“I found myself sometimes not eating enough or eating too much,” he continues, “and you can see on those graphics the peaks and values that go up and down,” referring to the calorie-intake charts in the HEALBE app. “On the nutritional level, it’s better to have smaller meals several times a day rather than one or two big meals every day. So, you can monitor yourself by looking at those graphics.” 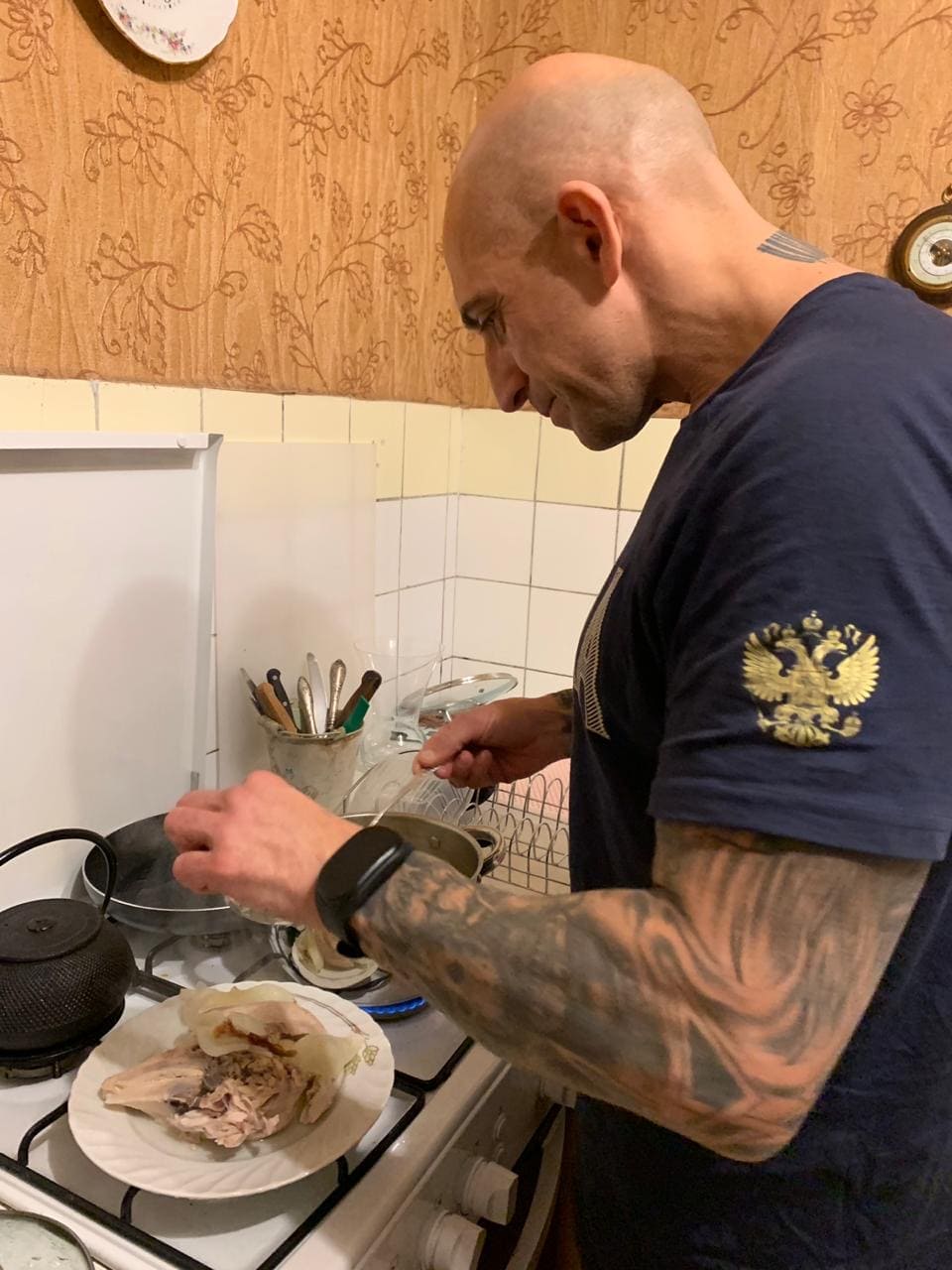 “The intake of protein, fat, and carbs is pretty accurate as well, I have to say,” Gerald shares, “because when I drink protein shakes, I can see a peak in my intake on the protein level. And if I don’t—when I’m not working out, for example—I know the level is lower. So, once again, these are points in favor of the accuracy of this device.”
The complex of GoBe features: Pure health benefits
These days, after Gerald has just moved to another country with a different climate and new challenges, he gets used to his new surroundings. 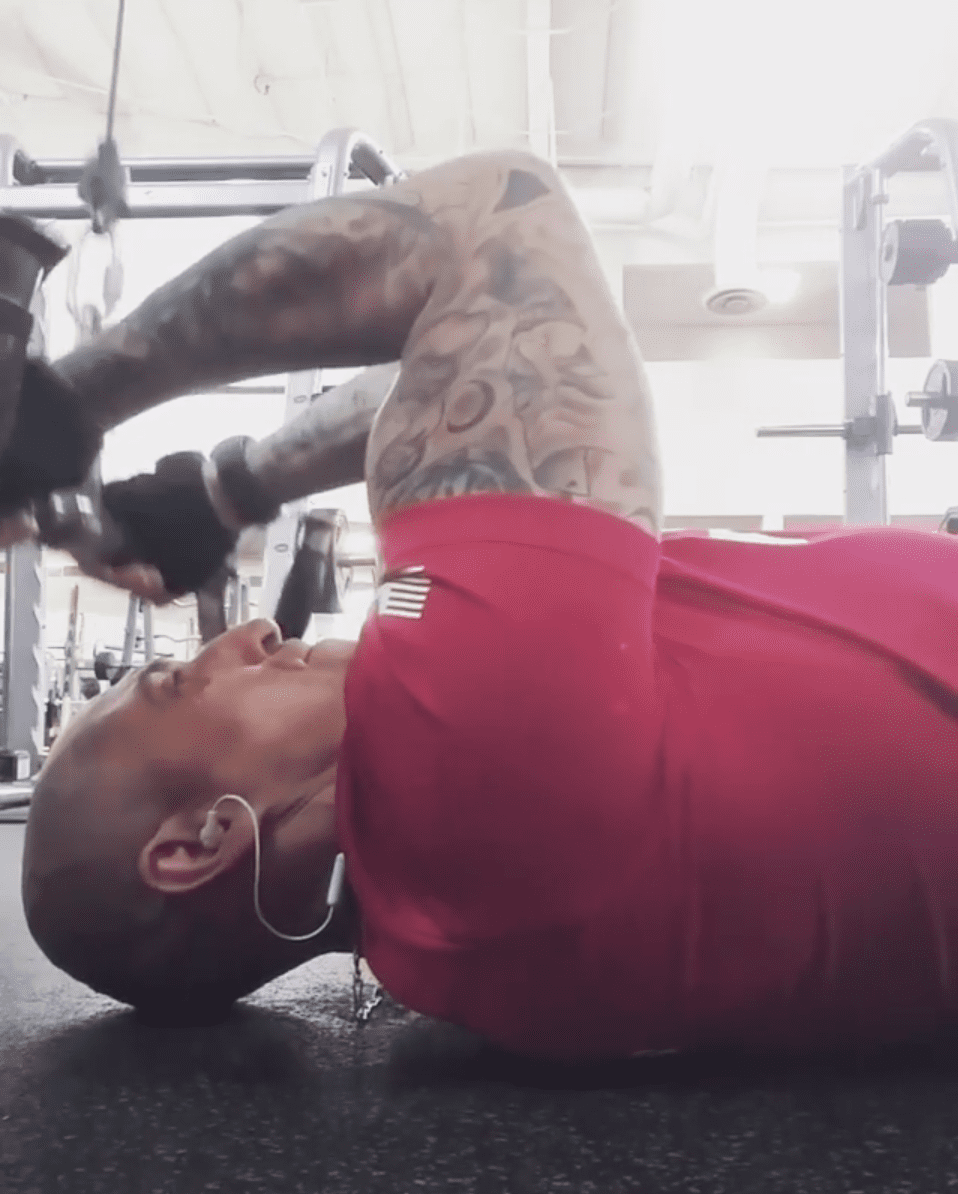 “Now that I’m here,” he says, “I haven’t worked out for some months besides walking in different parks and realizing how much you must walk when you live in Moscow. What I’ve mostly used the device [GoBe] for at this point is a pedometer, which tracks your steps.”
“And I realized that, at some point, I reached 20 kilometers a day,” Gerald laughs. “That’s good activity, but that doesn’t mean that I’m gaining or losing weight. Right now, I think I am at a stagnant level.”
“But when I have a gym contract,” he adds, “I will definitely progress toward my goal, which is always gaining muscle, maintaining lean muscle mass, and dropping fat—which I know how to do when I do it right.”
Despite postponing these goals, Gerald has continued benefiting from the weekly HEALBE emails with his average stats: the number of calories burned versus consumed ones, the percentage of hydration and stress levels, the average sleep time, etc.
“The weekly emails are a good way to keep you on track and motivated or focused, or whatever people would associate those graphics with,” he says. “For me, it’s all about better consumption, because I look at them [the stats], and then I know if my week was successful or if I need to increase this or that.” “Since everything is monitored,” Gerald concludes, “the GoBe definitely keeps you mindful of what you’re eating, drinking, or doing for as long as you’re wearing it. These are just pure health benefits.
This is a real-life story. You can kick-off yours right now!

Pam’s significantly changed by managing her caloric & water balance only

HEALBE app is available on iOS and Android and as the web app.